I struggle to motivate when the temperatures soar into the 90s day after day. I’m not built for this. I want to be horizontal—in a hammock, with a cold beverage, in the shade—until things cool off. It might be awhile. Here, then, is a list of things I’ve been reading and watching during the heat of the day.

I struggle to motivate when the temperatures soar into the 90s day after day. I’m not built for this. I want to be horizontal—in a hammock, with a cold beverage, in the shade—until things cool off. It might be awhile. Here, then, is a list of things I’ve been reading and watching during the heat of the day. 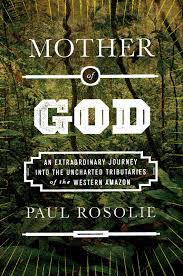 Mother of God by Paul Rosolie

Rosolie’s debut book was a welcome reminder that Denver is not, in fact, the hottest place on earth. I hesitate to call it a memoir—he’s awfully young, though he’s packed more into the last decade than most of his readers will in a lifetime. At nineteen, Rosolie journeyed to the Las Piedras River in the Madre de Dios region of Peru, where he effectively began his career as a naturalist and explorer. This is a quick read, but it’s got everything you want in an adventure story: Giant snakes! Packrafting for your life! Romance! Baby anteaters! Mother of God smacked of another favorite Amazon exploration story, Candice Millard’s The River of Doubt, which is less quick but will make you at least as squeamish and/or hungry for adventure.

Stephanie in the Water

For someone who’s terrified of the open ocean, I’ve been on a real surfing kick, at least in part because it’s fascinating to watch familiar gender dynamics play out in an arena I don’t know as well. (Women’s surfing is notoriously downplayed/oversexualized/ignored/pick your poison.) Stephanie Gilmore was already a world champion surfer when she was attacked in a parking garage in 2010, shattering her confidence. This documentary about her career, her struggles, and her recovery was good, but you know what was better? Watching Kelly Slater talk about how badass she is and not once using a phrase along the lines of “for a girl.” You can stream the movie on its website; it’s also on Netflix. 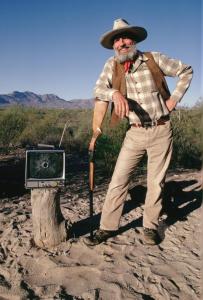 Down the River by Ed Abbey

I hate to oversimplify, but think Desert Solitaire for river rats. It’s all the Abbeyisms you love best—curmudgeonly views on tourism, breakfast beers, general distaste for physical activity—set on Utah’s Green River, interior Alaska, and a half-dozen rivers in between, plus plenty of Thoreau. Sidebar: Much as I love Abbey,  I have long been bothered by his stances on things like immigration and gender roles. I can usually put those things aside in favor of my enduring affection for him, but if you’re like me, you will be moved by this High Country News piece.

I keep rereading Kevin Fedarko’s The Emerald Mile, and am more immersed in the magic of the Grand Canyon each time I open it. This was my introduction to lifelong environmentalist Martin Litton, who believed the best way to get people behind the conservation movement was to show them the places they risked losing. You can watch the whole thing—and, in true Litton fashion, learn about your role in protecting the Grand Canyon—at its official website.

House of Rain by Craig Childs

Childs is one of those writers whose work will endure long after he’s dust in the wind. He spent years tramping around the desert southwest, searching for clues about a vanished civilization of indigenous people, eventually compiling his research and his journeys into House of Rain. It reads like a novel: detailed, intricate, full of nuance and emotion about these people who, a thousand years ago, were so connected to the landscape he loves. Five hundred pages will fly by.